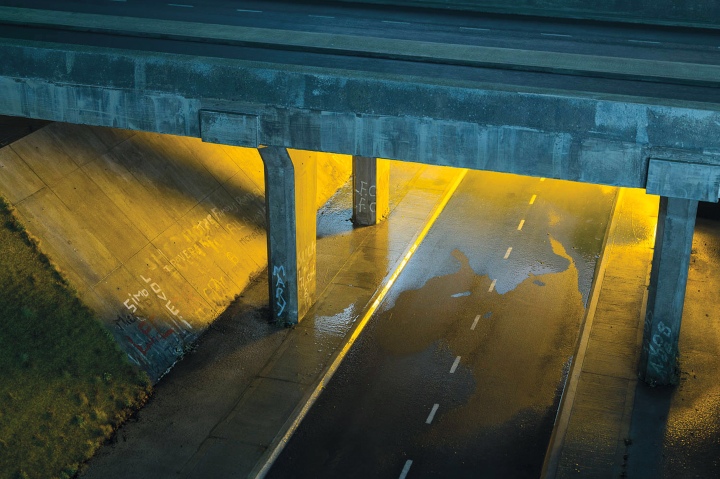 Extravagant, visceral, Impressionistic storytelling from the Turner Prize winner of 2008, Leckey presents an immersive sound installation hiding beneath a slice of urban forest, the M23 motorway. Under In 2019 is inspired by a supernatural encounter he believed he had under the bridge as a child.

“Many of my works have their wellspring in things and experiences from my childhood and youth that still haunt me.”

Alongside this new work, the exhibition also features large-scale projections of Leckey’s seminal works: Fiorucci Made Me Hardcore (1990) and Dream English Kid, 1964 – 1999 AD (2015). 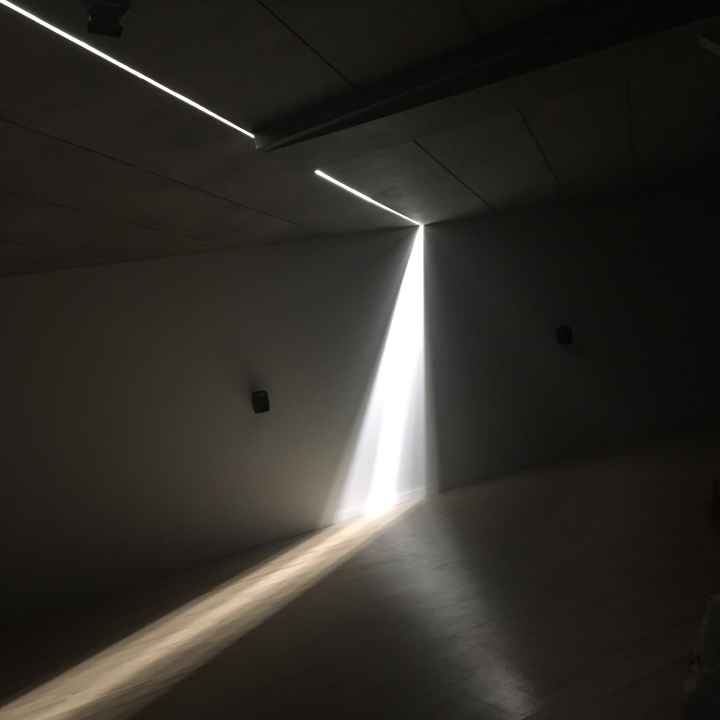 Leckey’s breakthrough video Fiorucci is a compilation of footage from dance floors chronicling Britain’s underground club scene from the 1970s to the 1990s. In Dream English Kid the artist’s personal memories are explored through material found predominantly online, inspired by his discovery of a YouTube video showing a Joy Division gig he attended as a teenager.

With themes of sponsorship, appearing as Adidas masks, and names of brands clamouring to greater states of belonging, this show brings slices of light apacalypsing modern membranes between one world and another.

If this was paired with the Top Boy createurs – boom.

O Magic Power of Bleakness runs til the January 5, alongside the cavernous William Blake show.