Thank you to EVERYONE who came to the party!  The photo above was taken early in the night of a full house flow from the brave and the beautiful to celebrate twenty years of NOKI’s rag-yard artwork, worn by everyone from Lady Gaga to Naomi Campbell, and Michael Stipe.  Emerging from acid house and the late 90s warehouse scene of Shoreditch, it was a victory to see club culture and the mash-up brandalism of fashion’s Banksy (who disguises his face in masks) continue to resonate to newly enraptured eyes. 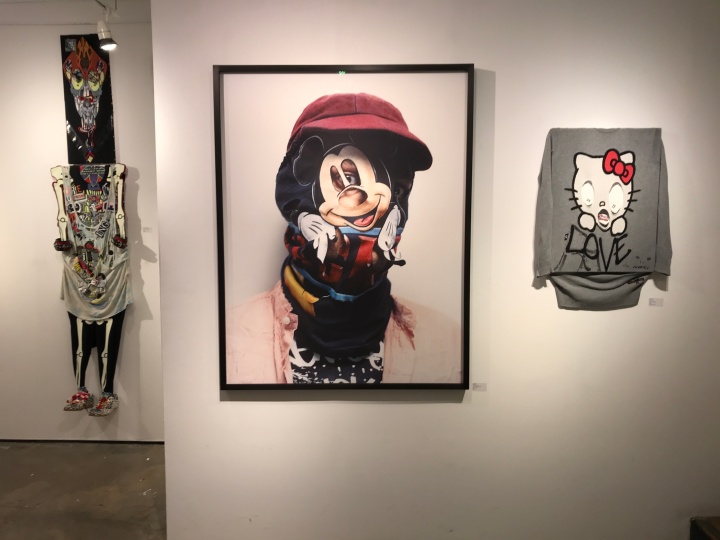 Cementing his place as a true grunge Lee Bowery, red dots flew over walls, with the style that NOKI pioneered (alongside the phenomenal genius of stylist turned interior decorator Fee Doran aka Mrs Jones, who NOKI put on nights with at the Bricklayers pub, which stood as the first line defence into the Shoreditch that we all know now, battling through marketing clones more Zoolander than Nathan Barley as they race to pop up their silver laptops in the Ace Hotel).  Coming from a pool of rich Shoreditch talent of fledgling fashion designers, be it the traditional tailoring of Alexander McQueen, Marcus Constable, and abilities of Giles Deacon, and uber stylists, Katy England and Katie Grand, NOKI was always sheering his own line of fashion terrorism as assaults to brands who he felt abused him as a billboard.  NOKI’s spirit, which follows the fine line of Judy Blame, is alive again as political vibes appear to be traipsing the showrooms once more, in colour that’s been missing from the London scene since the Nag Nag Nag clubnight, and not sensed since rave, or at least nu-rave.  It seems the multi-gender generation define themselves by being different, rather than towing the line;  it’s not about consumption, it’s about saying something.  That’s what we set out to present in the sold out previous editions of COLD LIPS, featuring people who are all very much self-styled. 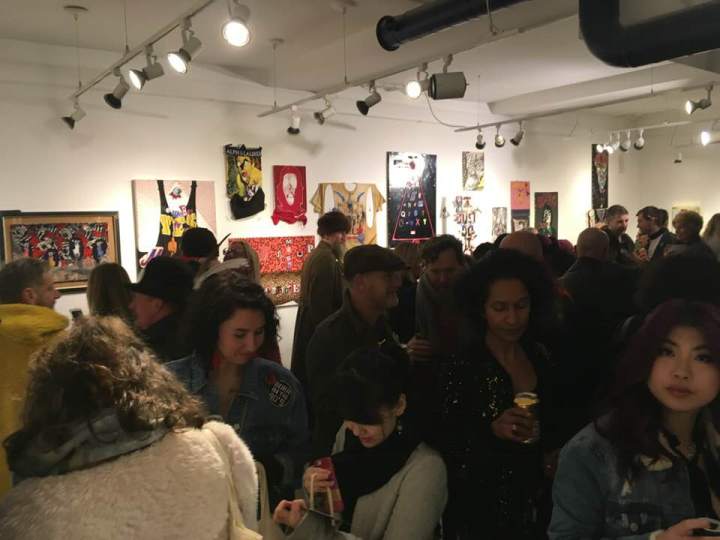 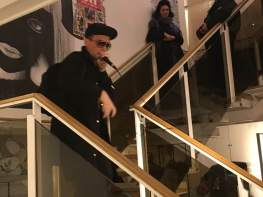 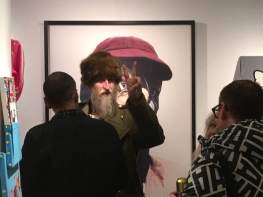 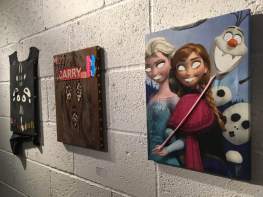 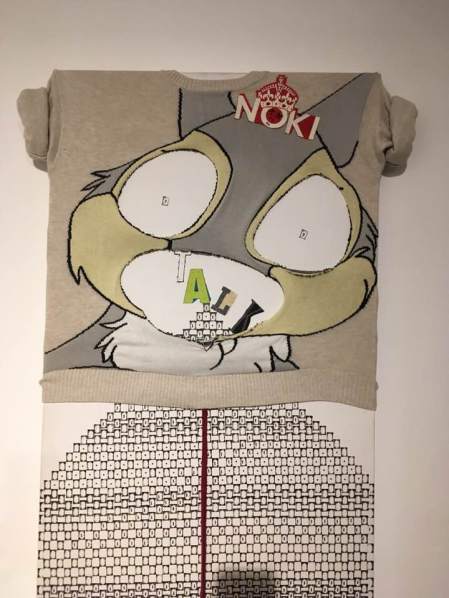 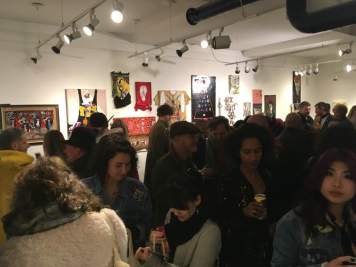 We opened the private view on the evening of London Fashion Week 2018 with the installation curated by OLLYSTUDIO at the SUBCULTURAL Archives pop-up on Carnaby Street, the place founded by Jon Swinstead – publisher of 90s counter-culture style magazine, Sleaze Nation, who first published a piece about Dr. NOKI, which created the context, re-published as the forward to the show…the writer of that piece, James Anderson, revisits NOKI, via this show on iD.

Un-ironically, the ante sentiments of Dr. NOKI’s work were displayed in a Carnaby Street basement of the SUBCULTURAL ARCHIVES a few days before their disco ended, following  a stretch as a cheap ride pop-up in the old American Apparel store, until the landlords passed the space onto a higher bidder, as happened to most of the Shoreditch originators, who lived in warehouses, hardly able to heat a tenth of their football-pitch sized spaces, frequently photographic studios, now such locations are subdivided into desirable shoeboxes beyond recognition of their one-time magnitude.  These original spaces make the backdrop for Cold Lips’ editor, Kirsty Allison’s forthcoming novel – out early next year on Wrecking Ball Press.  It is the world where Central St Martin’s has always been the most ‘fashion’ fashion school in the world, and clothes are about challenging norms, as per all true subcultural crossover pioneers in the spirit of Vivienne Westwood (who earlier that day had made her offering to LFW as an impromptu catwalk  with son Joe Corre, swanning down Hans Crescent against fracking…) 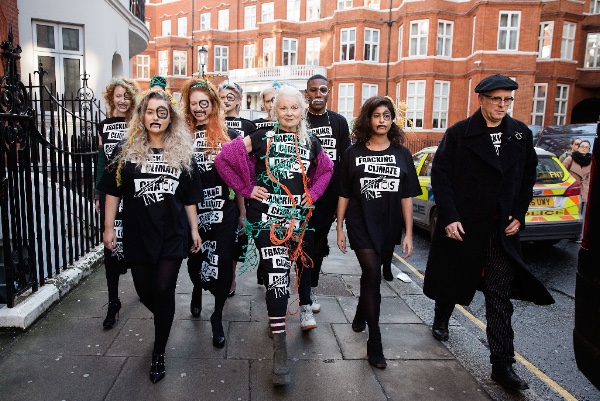 But also the radical wild Tesla/Jobs-style resetting of Alexander McQueen, and the clubkid unity of BOY, the post-punk acid house embrace of Fiona Cartledge’s SIGN OF THE TIMES, and the sloganeering of Katharine Hamnett (who’s still rocking it with her CANCEL BREXIT Ts being worn by EVERYONE) –  NOKI’s core methodology is the mantra: “Rejection breeds re-invention”  – classic cut-up Burroughs, badass punk.

Held on the evening of the 15th February, COLD LIPS produced our spesh ed III of Cold Lips to wraparound NOKI’s return to glory.    There’s a full interview with him in the  collectible issue for £2.99 inc. P+P in the UK here…  (Your support is invaluable, and appreciated.)

Curated by OllyStudio, with photographs by Axel Hoedt, coming via Berlin, and the Bruton Art Factory, all we can hope, is that fashion is back to challenge again.   It’s right that now is the time to examine the legacy of those early days, with the hindsight of a couple of decades, as its only then that it becomes clear what symbols were being lit…

Thanks to CANOWATER, CROOKED BEV CO’s ALCOHOLIC SODA, and OLD BLUE LAST BEER for supporting our SIIIIIIIIIIICK guests: COLD LIPS were happy to celebrate the private view with performances from:  beatboxing supremo KILLA KELLA, word artist ROBERT MONTGOMERY + poet/filmmaker/actress/model GRETA BELLAMACINA (cover stars of the forthcoming COLD LIPS IV – please pre-order!), St Martin’s lecturer/artist/legend and former resident of the night that led to COLD LIPS: ANNE MCCLOY (who’s toured with Pete Doherty, and founded the club Alcohol, which pulled together many of the Shoreditch originators), a very special performance from Everything Starts with an E toaster and club doyenne, FERAL IS KINKY, with fab pink hip hop from DJ Q BOY, and old skool warehouse vibes from LADYLAW.   COLD LIPS editor, Kirsty Allison was also on the mic, doing her controversial HIP HOP poem – IN PRAISE OF POETRY, and we got a special appearance from GARY FAIRFULL who recited his brilliant NHS poem…

By all accounts, it was a good party.

We’re very pleased, that as a result of this show, Shoreditch Raver, the piece below, will soon be added the current Fashion Textile Museum T-shirt show, and touring thereafter.  Thank you to curator, David Sinclair.

The next COLD LIPS party will be in April, sign up at media@coldlips.co.uk for updates. x 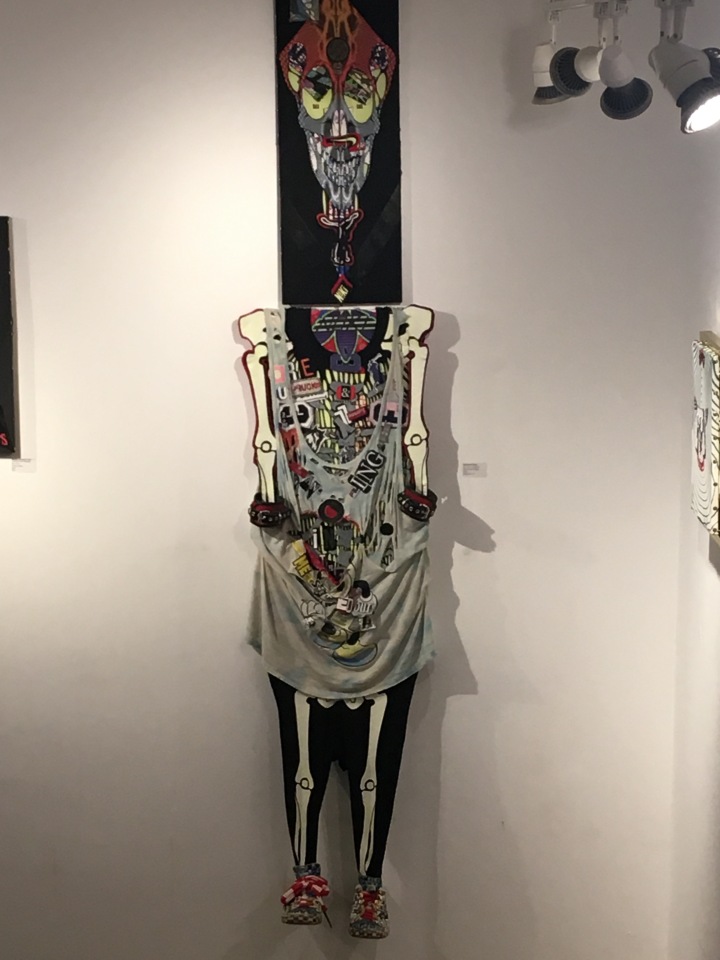 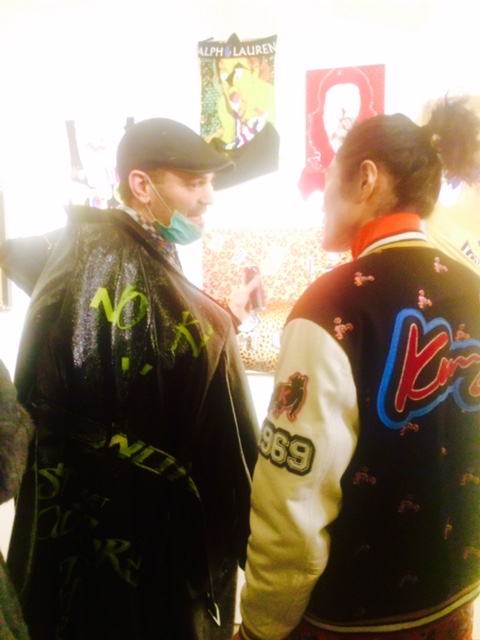 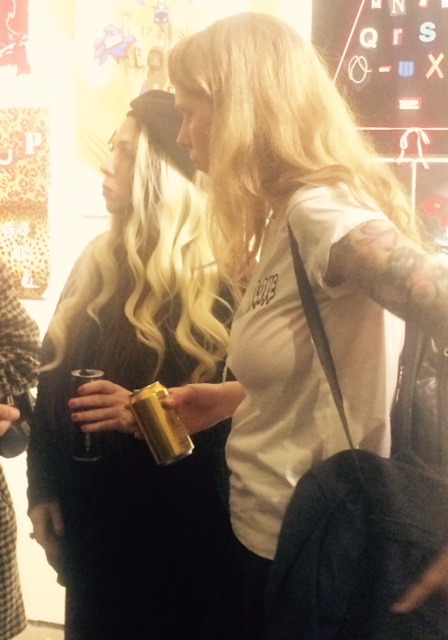 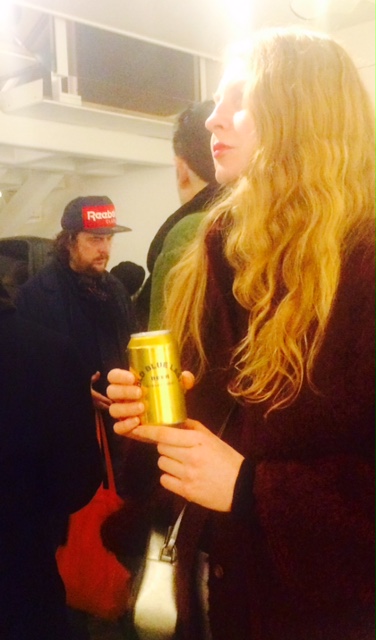 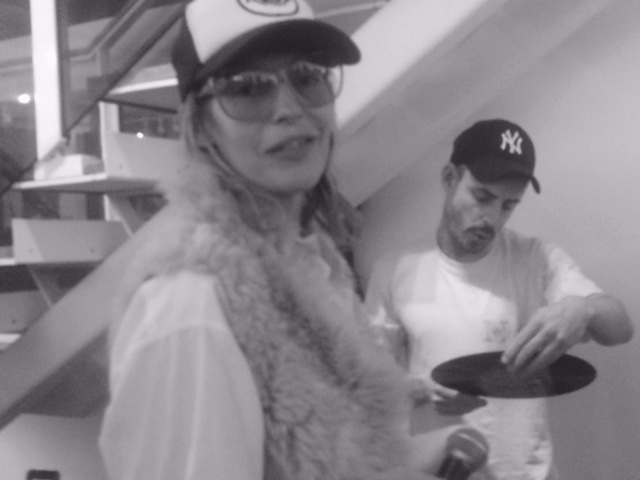 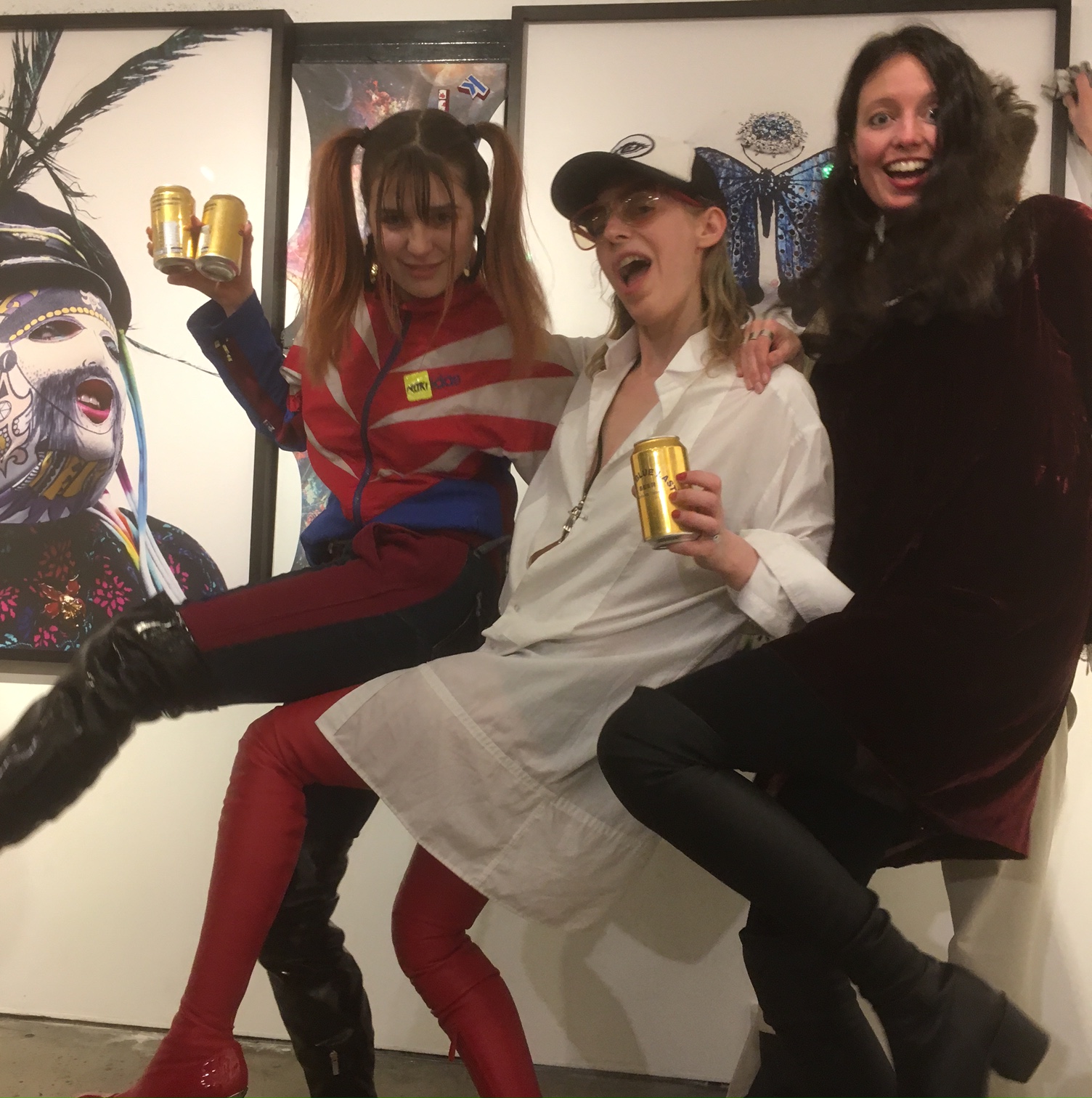 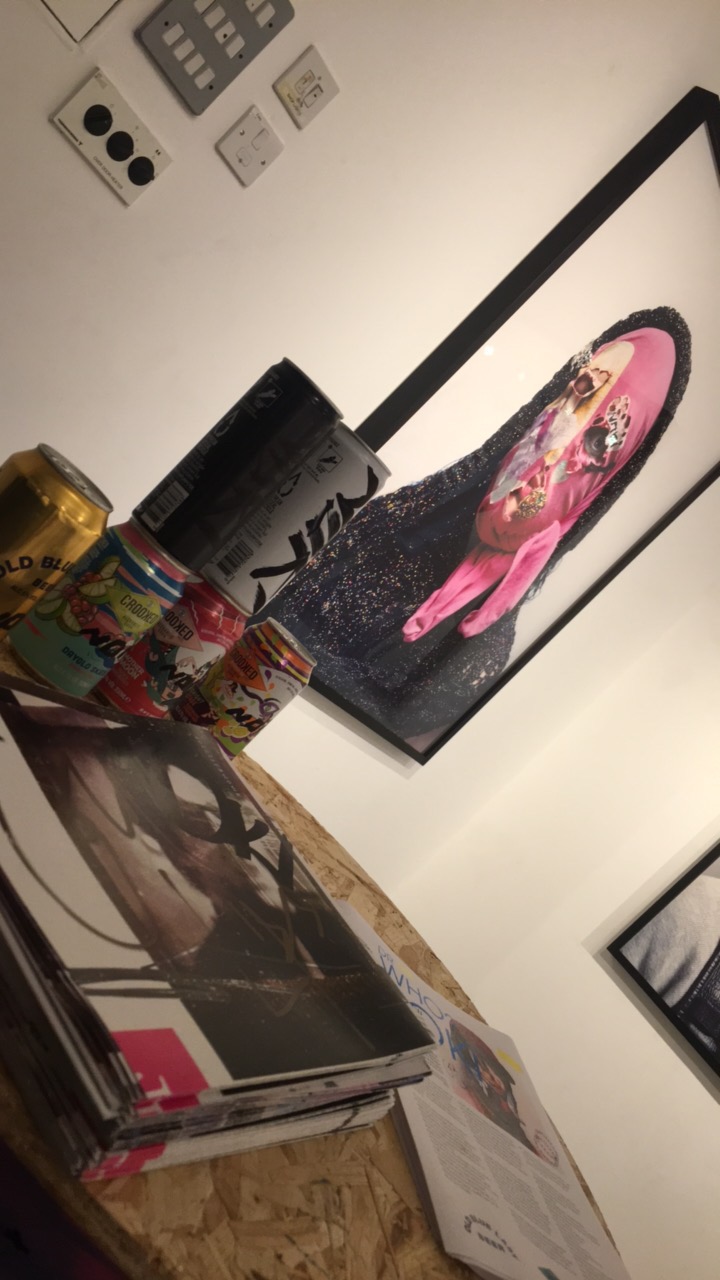 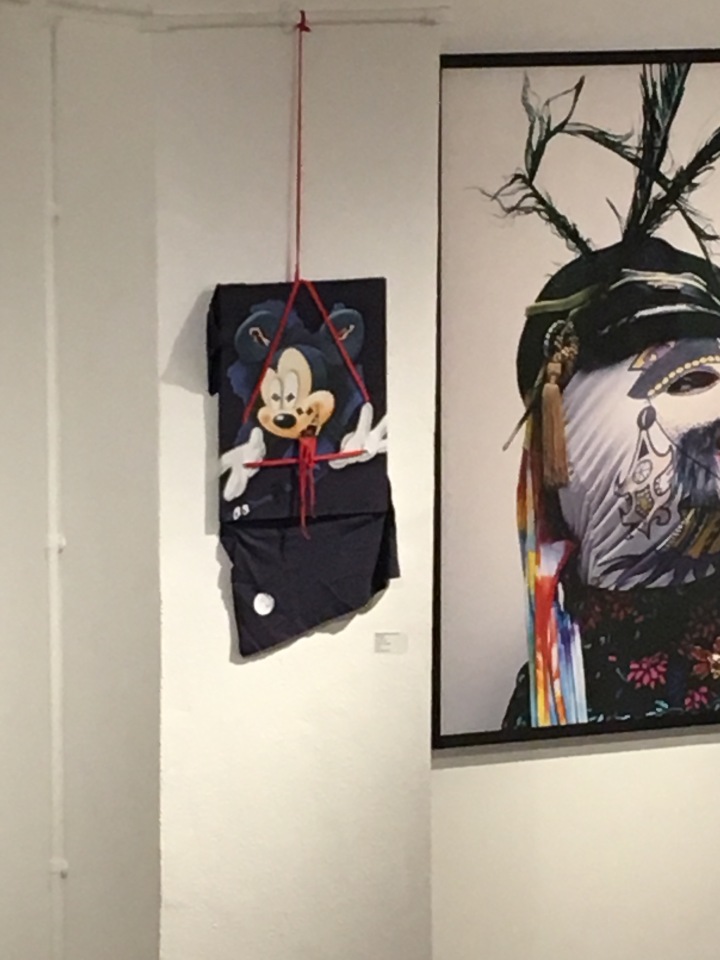