Liu Bolin, otherwise known as The Invisible Man, began his famous series of photographs in 2005 as a protest at the destruction of Beijing artist village, Suo Jia Cun, where he worked. The device of painting himself to disappear into the background served to demonstrate the erasure of the human and the helplessness of the individual in modern society. Fast forward to 2017 and Bolin is now a successful international artist, currently in London for his first ever ‘art fair/live/time-based performance’.

I went to witness this at the Saatchi gallery in Chelsea.

What I found was a confused corporatisation of protest art. 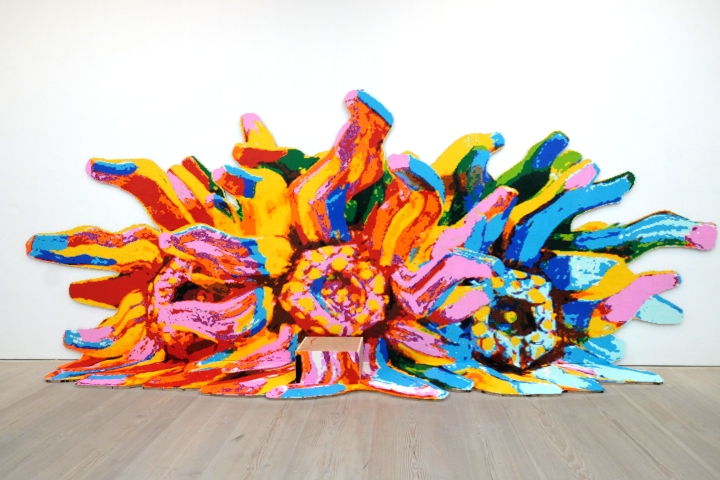 The piece has been sponsored by BRICKLIVE [whose tagline reads: there is something for all LEGO® fans].
The background is an image designed by the artist of a sunflower made of Lego.
The press release references Van Gogh, the sunflower as a symbol of obedience in China (remember Ai Wei Wei at the Tate?), and a Taiwanese uprising called the ‘Sunflower Student Movement’; it then claims that as the artist becomes lost in this image it will echo “the feeling many feel at the loss of the right to voice their own opinion”.  It goes on to claim that the use of LEGO® resonates with the artist’s examination of popular and consumer culture. 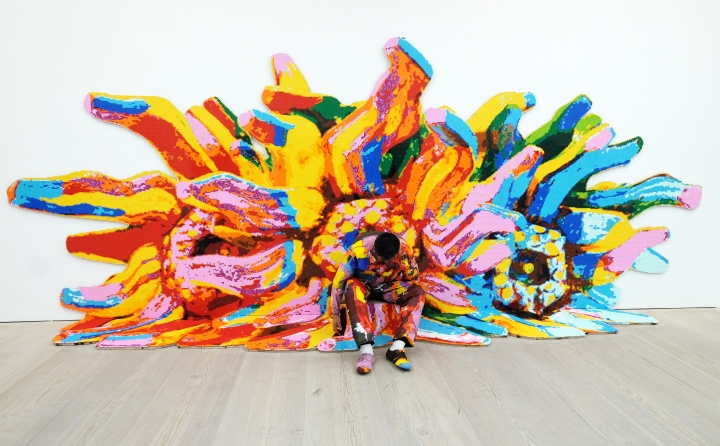 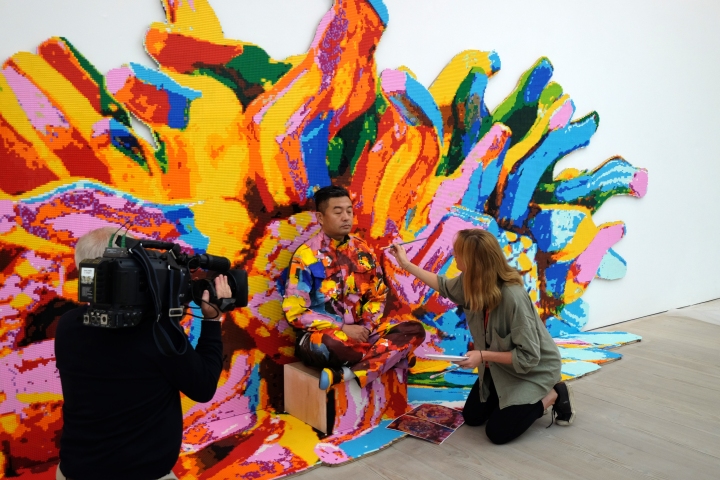 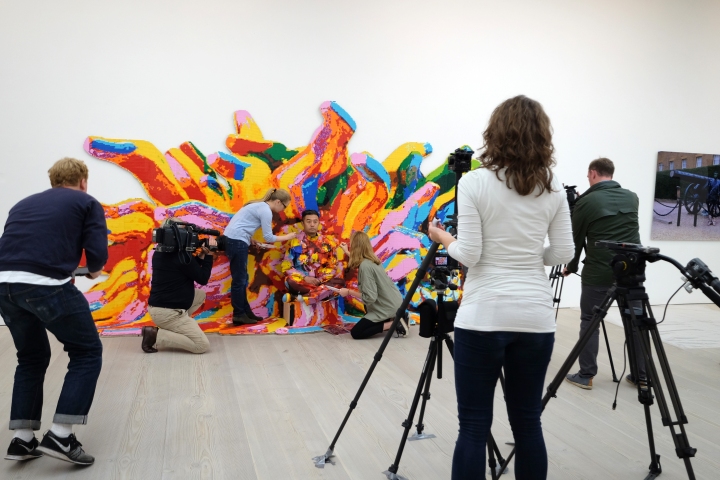 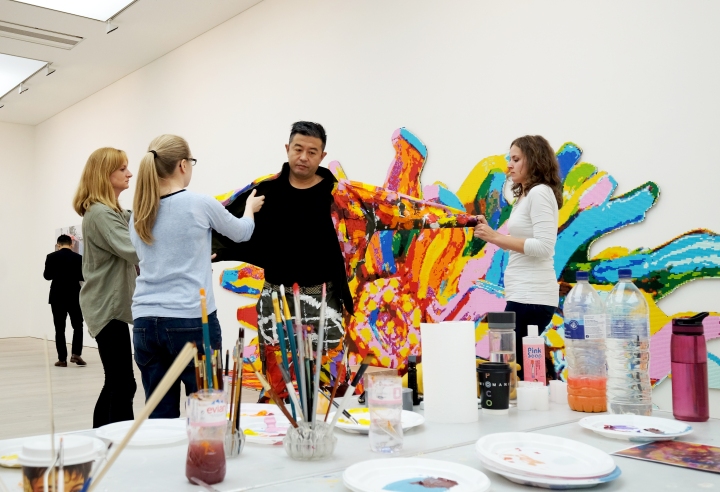 If all this is true then that’s fantastic but witnessing this I felt none of the edge of protest art. It felt like a convenient PR sponsorship mishmash to make sales of commercial art.
Of course there is nothing whatsoever wrong with commercial art but in a city where our resident artists are being evicted daily by property developers who want to sell flats that will sit as empty investments for (often) Chinese millionaires, it feels tasteless to say the least to have this kind of commercial art promoted as any kind of protest comment.
It would be great to see a collaboration with Liu Bolin and some of the Hackney Wick artists who are fighting for the survival of their arts community.
However, to witness a leather-trousered, international art scene guy sit in a room paid for by advertising surrounded by PR and press with women who attended expensive private art school, painting him in front of a famous brand of petrochemical based toy was really kind of dull and unfortunately left a bit of a bad taste.
Looked good though!
You can buy tickets to the START art fair, an international art fair initiative by Saatchi Gallery & Parallel Contemporary Art (a programme funded by Prudential insurance), where this brand collaboration with Liu Bolin is headlining, for £12.
FOLLOW COLD LIPS’ writer, artist & photographer, Rachel Megawhat: https://www.instagram.com/somethingtoseehere