It’s difficult not to approach any movie about skateboarding without trepidation.  Especially when as a now 40-year-old skater, I was the same age as the kids being portrayed in the movie skating in the mid-90s of the title.  That and the fact ‘Jonah Hill’ is credited as writer and director! Message boards were filled with discussions asking, ‘What does Jonah Hill know about skateboarding?’ turns out, quite a lot. 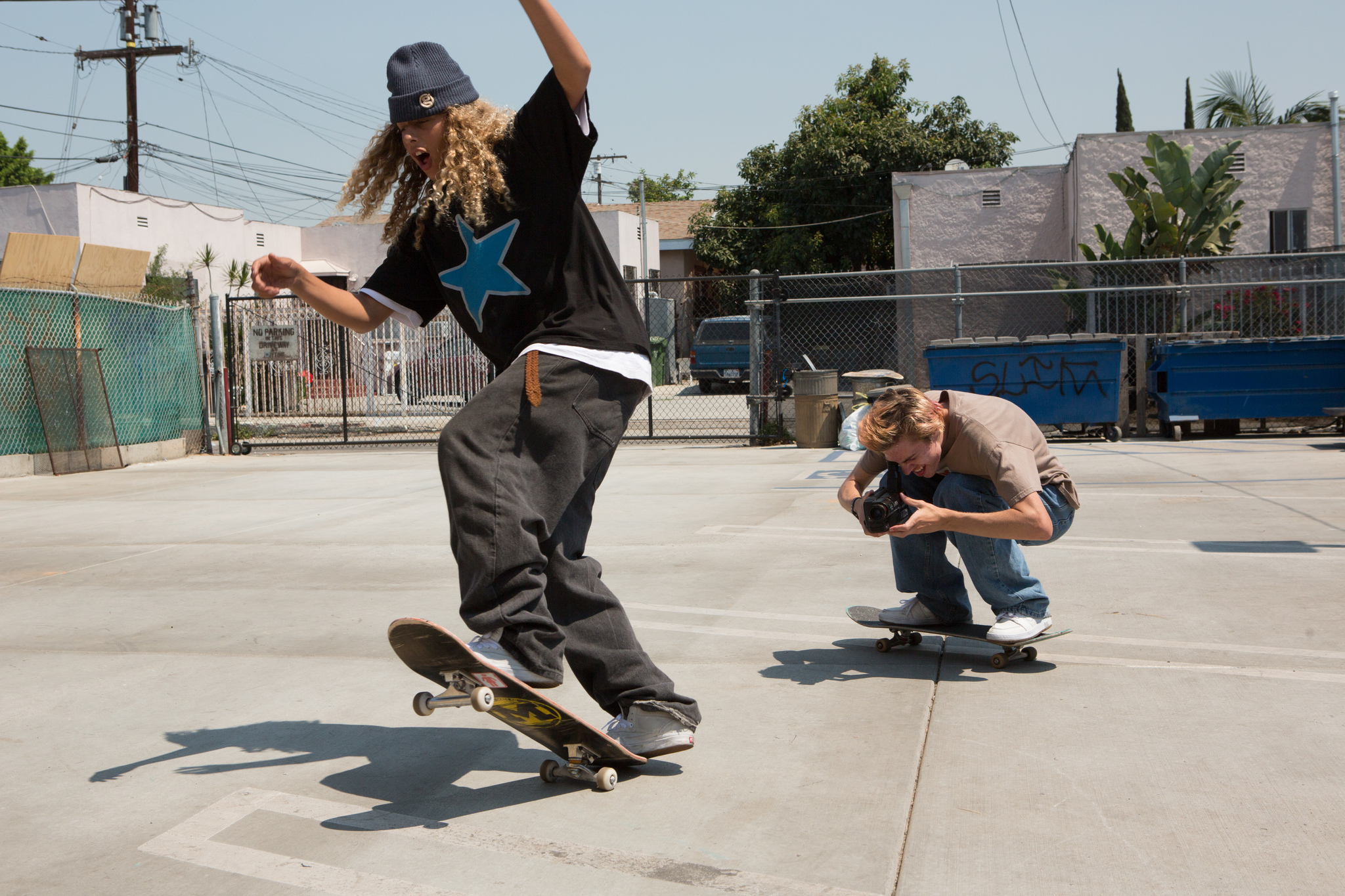 The best article on Jonah’s ‘skate credentials’ is JENKEM Mag’s ‘A JENKY INVESTIGATION INTO JONAH HILL’S SKATE PAST’ which they deduce “it seems like Jonah had skate culture ingrained in his virgin mind since the early days, and if he really was the first person to spend money at Hot Rod, that would’ve been around 1996, in the mid-’90s”.  That said, if you’d taken five minutes to search YouTube you would have found an interview from 2015 where he discusses his top 5 skate parts and begins by saying his favourite skater of all time is Chico Brenes.  If you don’t know who Chico Brenes is, that’s OK, but as a skater it’s a sign the culture is in good hands.

The movie is great, it’s a believable coming of age tale that just happens to be set in mid 90s skate culture.  Hill used real skaters in key roles and I was genuinely taken aback by the level of acting.   Na-Kel Smith who plays ‘Ray’ skates for Adidas, Fucking Awesome & Supreme, and Olan Prenatt who plays ‘Fuckshit’ lists Illegal Civilization, Nike and Autobahn among his sponsors.  I imagine most people who don’t skate, wouldn’t notice the cameos throughout the movie that included skate royalty such as the aforementioned Chico Brenes, Chad Muska and Rick Howard to name but a few.  It’s a credit to Hill that I didn’t either.  I was too wrapped up in story and world that he’d built on screen that is Mid90s.  It wasn’t till my second watch where I was looking out for the cameos that I spotted them.

All the praise aside I did have one slight niggling fear going in to the movie and that was all the reviews I’d overheard that mentioned Larry Clarkes ‘Kids’.  Now ‘Kids’ is a movie I (and skateboarding in general) hold in high regard and is one of the seminal movies of my youth.  Could Mid90s live up to that comparison? It does, but lets be clear, whilst both are set in the mid-90s and feature skate culture they are very different movies.  Whilst ‘Kids’ was an authentic yet slightly nihilistic slice of the 90’s, Hills movie is authentic but much more accessible and leaves you with a warm feeling inside.  After watching Mid90s, if I ever met Jonah Hill now, I wouldn’t ask for a selfie, I’d ask if he wanted to go for a skate.