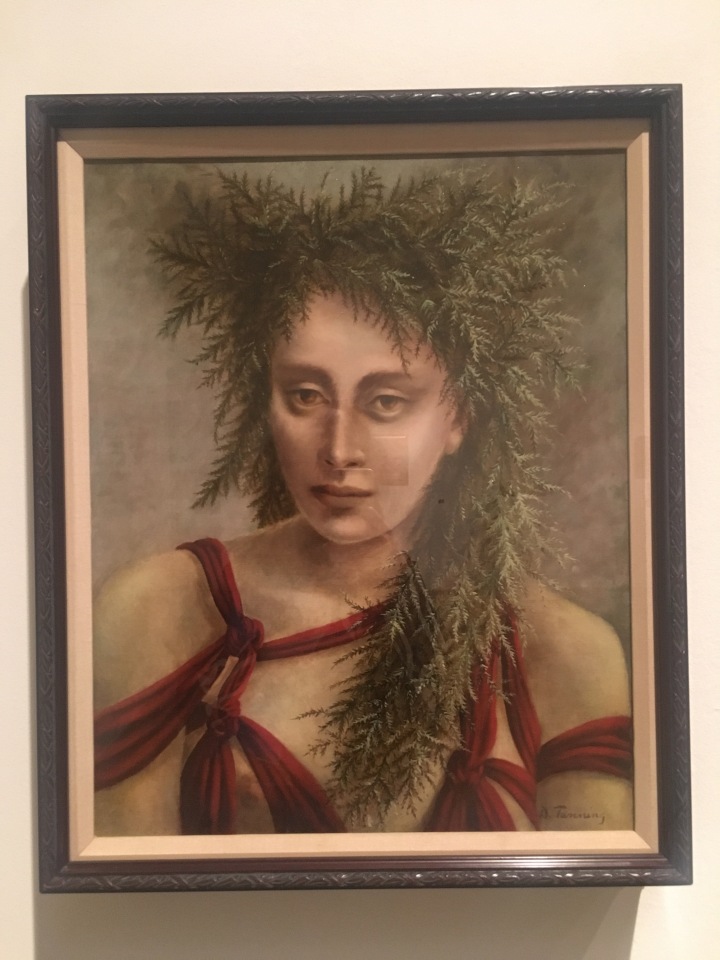 The dominant tale of art history is to assume Dorothea Tanning was not a surrealist until her husband hailed her that when walking into her studio in 1942, much as Duchamp claimed Freya Von Freytag-Loringhoven’s urinal, his own.
Witnessing this phenomenal retrospective of the radically free Tanning, who married Max Ernst in 1946, at 36, in a double marriage with Juliet Browner and Man Ray, is the story behind the patriarchal society of surrealism.
Domestic dinners 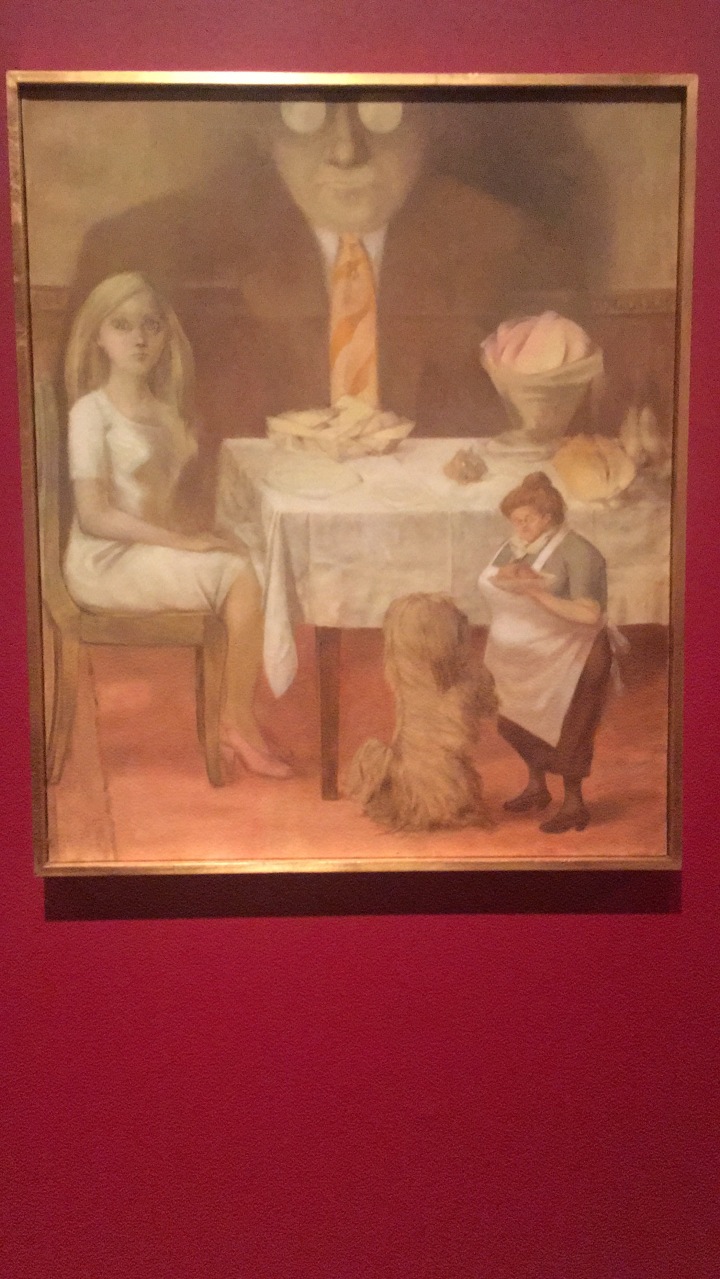 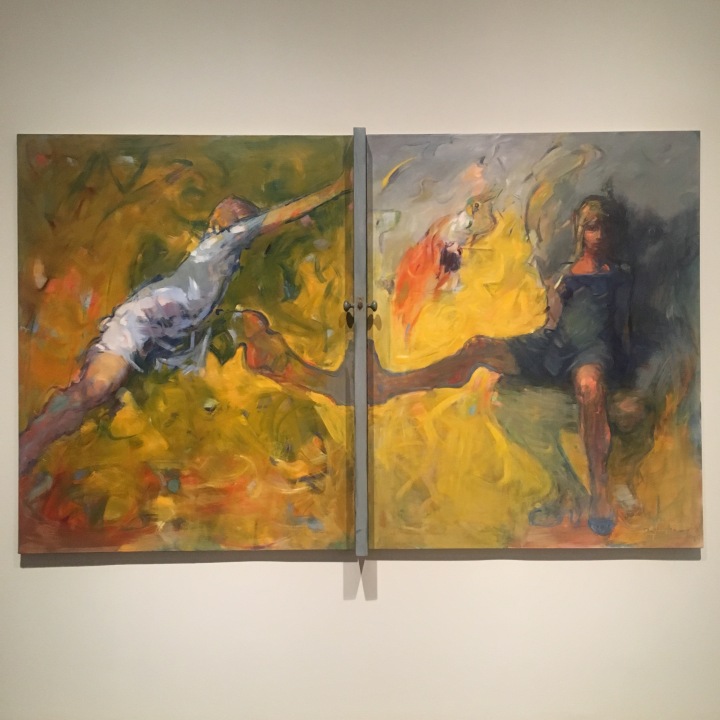 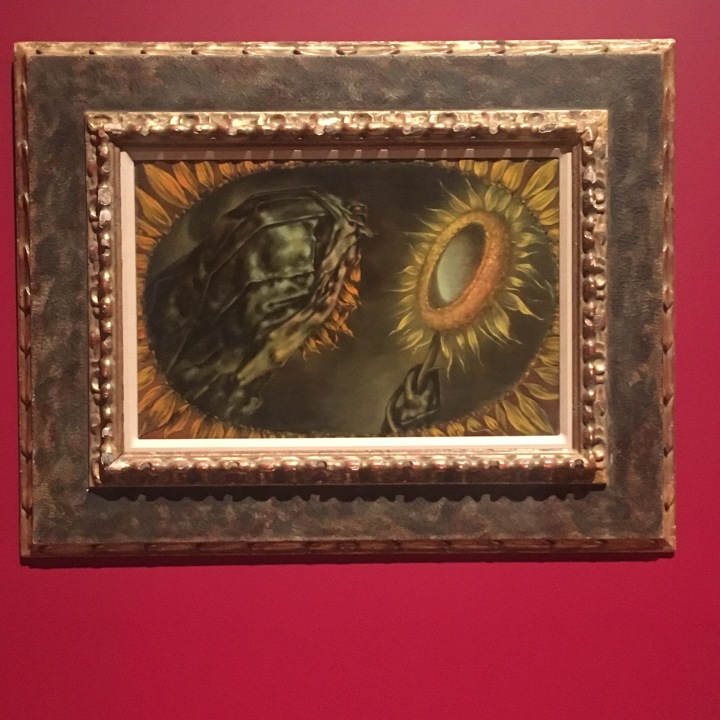 Several phases are repped at the show. 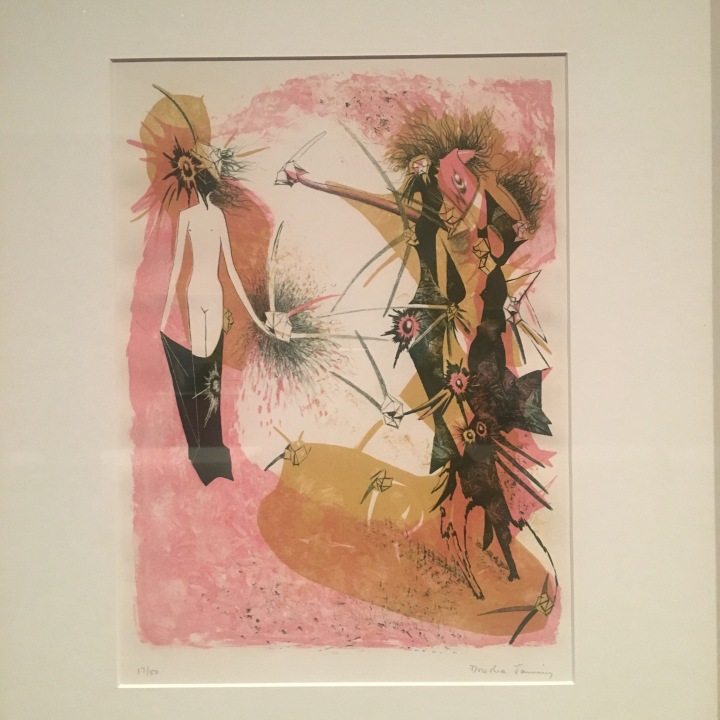 From the darkness of the 40s, and a collection of stunning lithographs carrying the impossible weight of being in dreamscapes of black gravity-defying dominance, to pinks and yellows, a shift occurs in the next room. The fun of the ball – and dressing privileged ballets, in a variety of costumes -in a period of prismatic kaleidoscope limbs n flesh in an insomnia of revealing and masking. 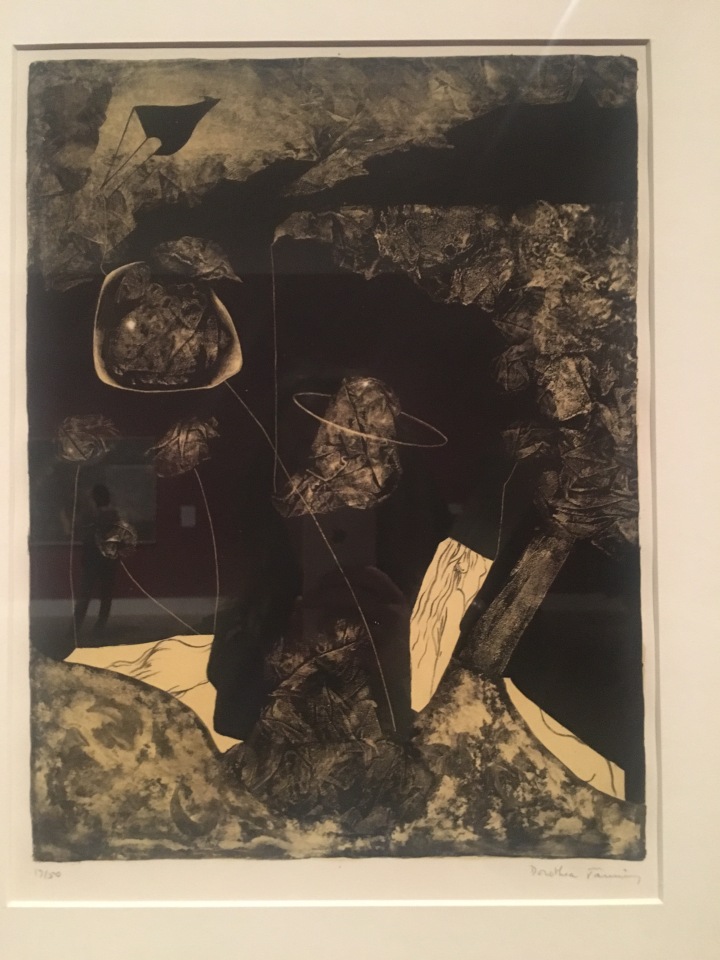 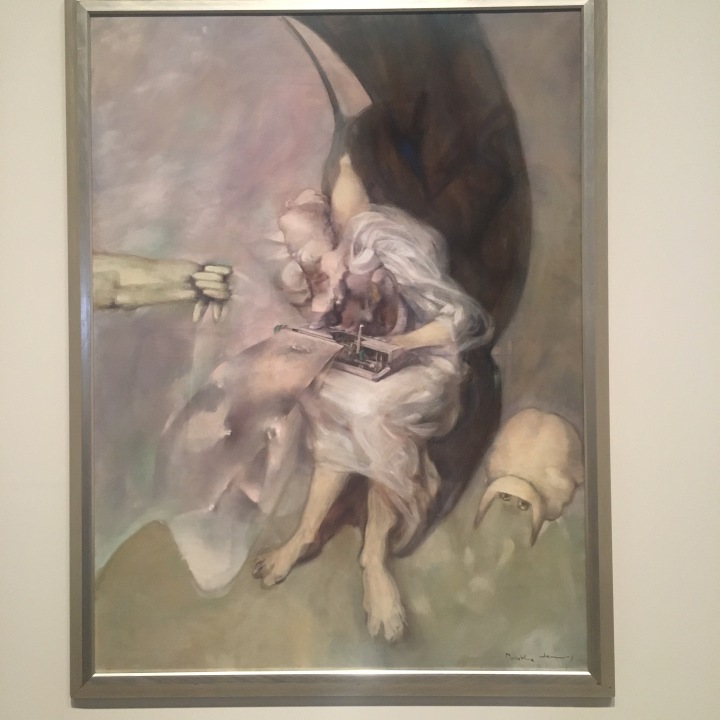 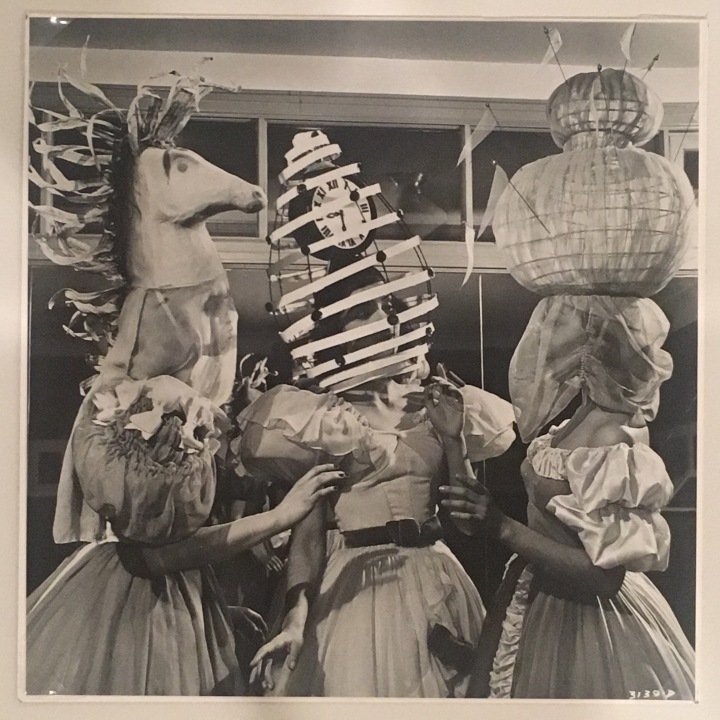 Yet the nightmare rears in a corner of a Hotel of Poppies – with bodies climbing over the walls – stuffed stockings exploding from psych-horror wallpaper – much as Yayoi Kusama’s stuffed tentacles of sea anemones – flowing from her boats in the 60s.
Tanning’s sculptural forms of lucid, tweedy yonic shackling expand into a final room, before a documentary. 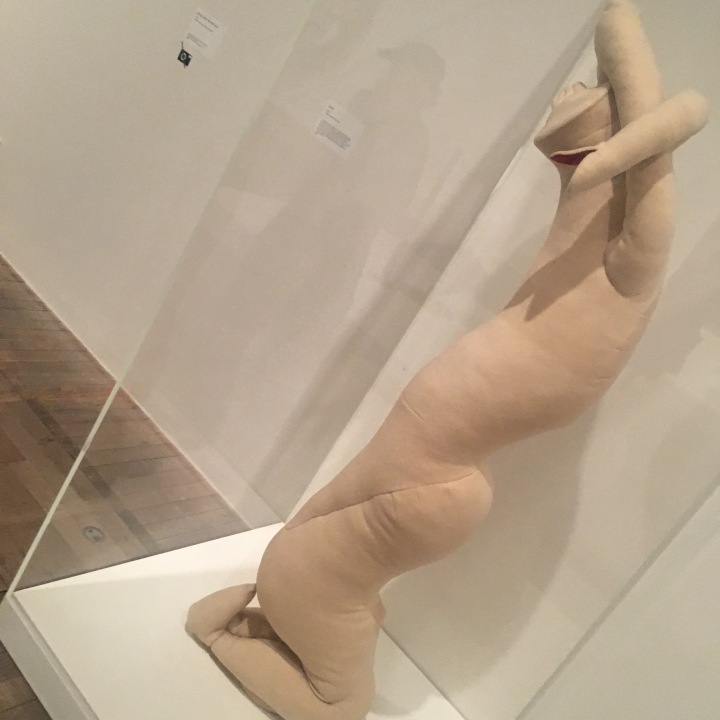 If anything this show demonstrates the full range of an exceptional worker who died in 2012, at 102, but had the association to practically manage the frustration of female identity within the 20th century of ideas taken by the opposite sex, and he appears through the fifties, as death. And then she moves on, and a peace exists. You will see it loose as Emin beating the brush of Kokoschka, and Braque in a drag queen sheath of oil toiles, and velvet heart pin-cushions. 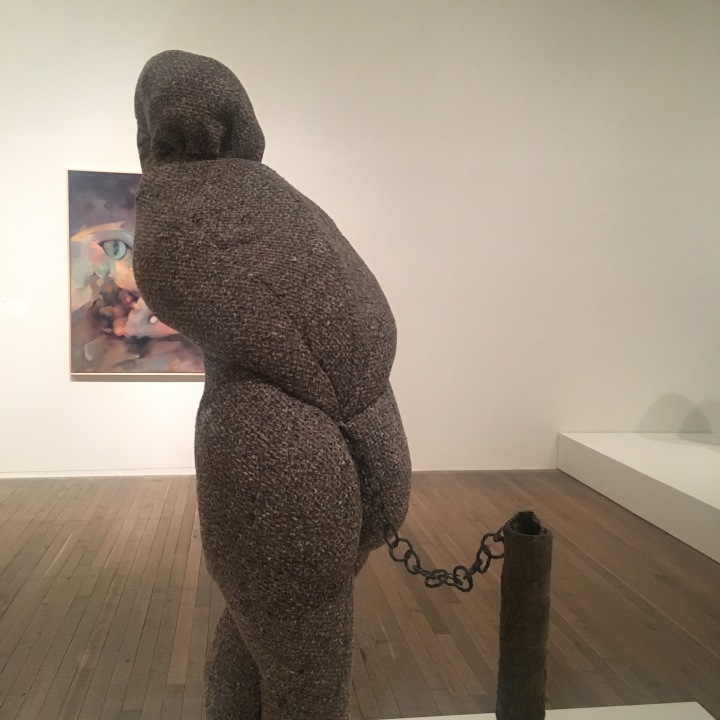 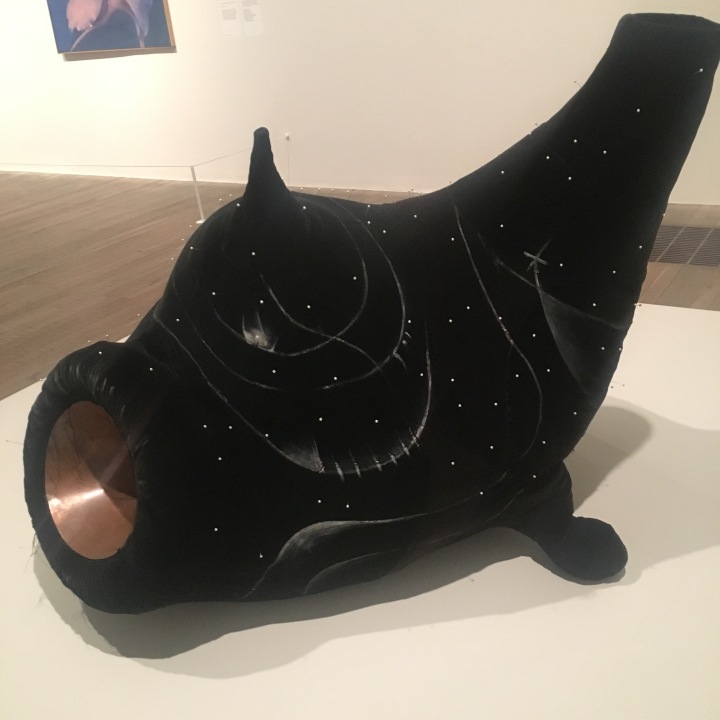 Never has Britain experienced such a haul of lucid yonic soft scuptures – but do we call ourselves friends of Dorothea, as women, or begin to lose her first name?

Tanning shows at the Tate Bankside from now, till it ends, 9 June 2019. 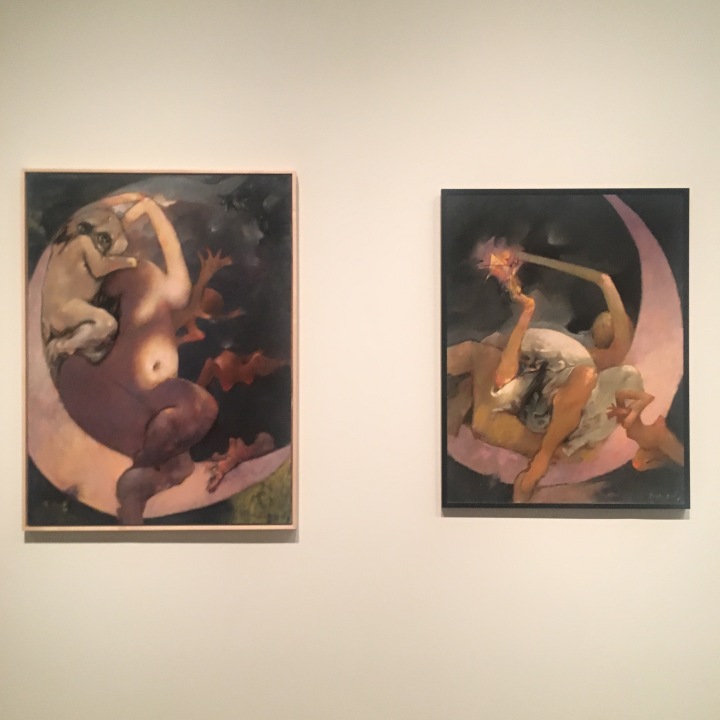 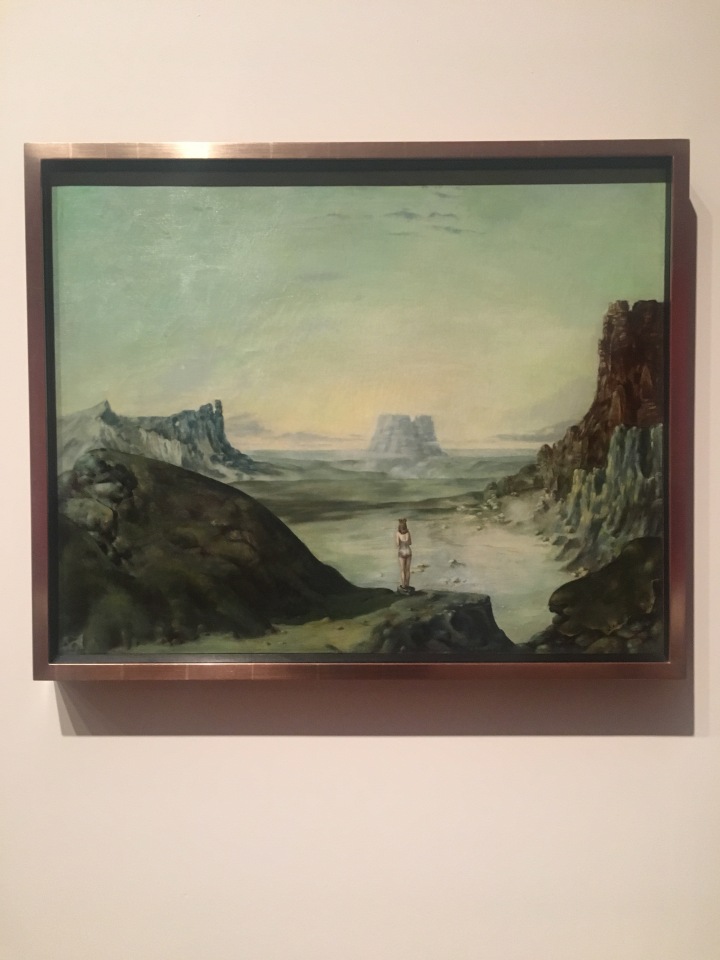 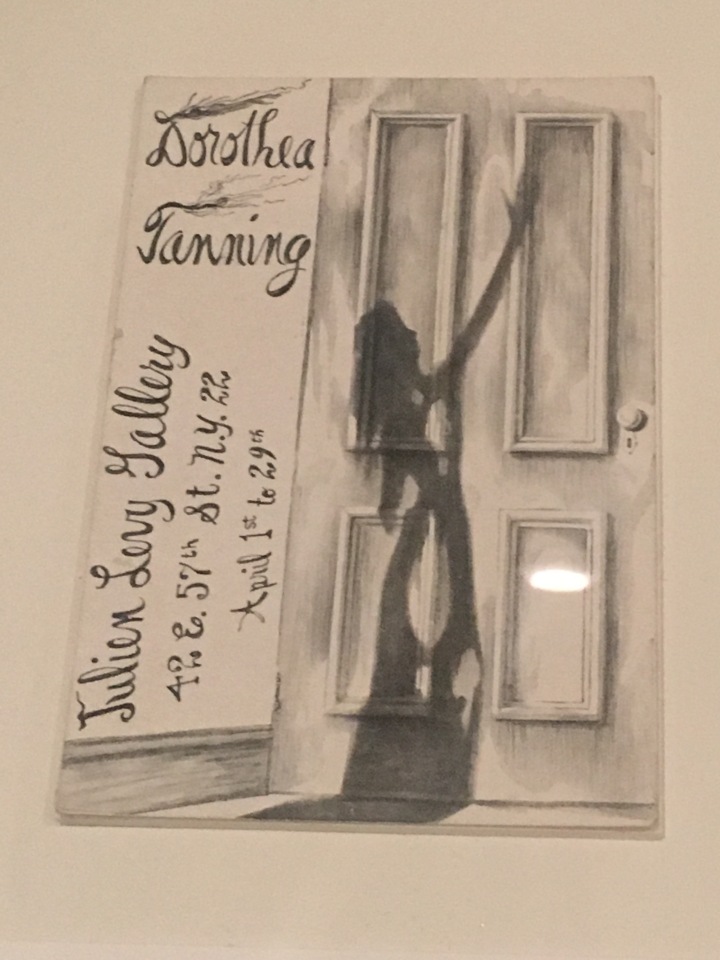 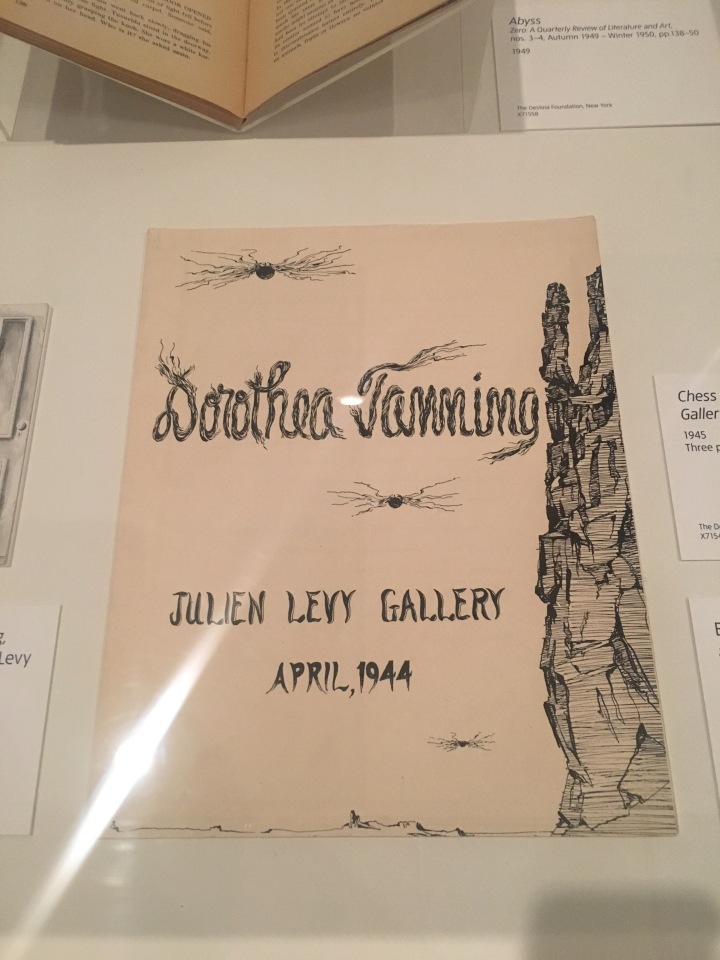 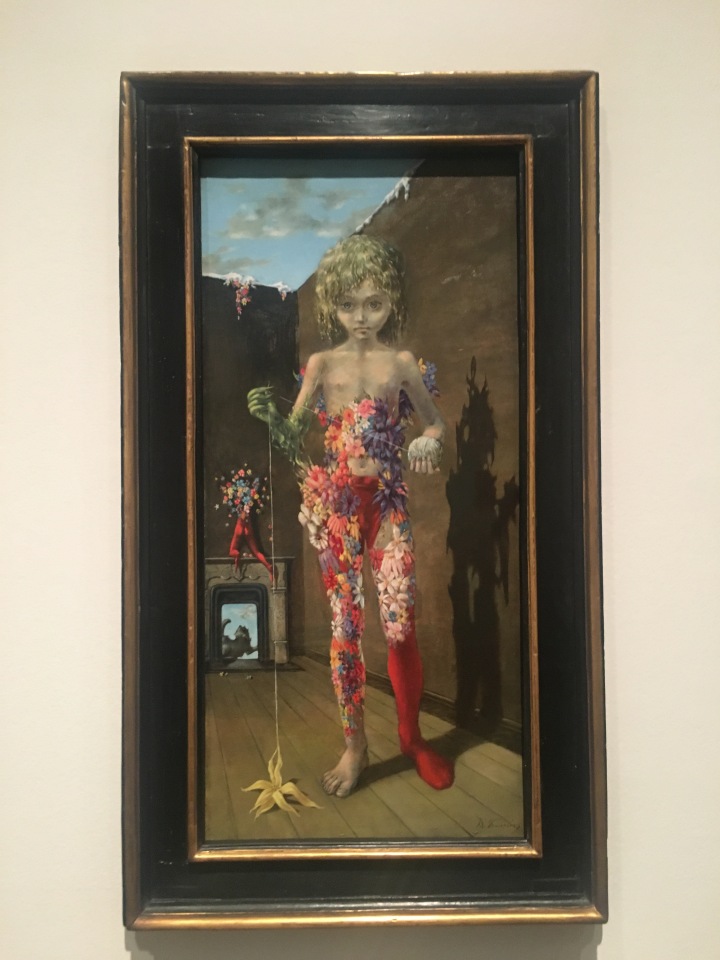